I am not a beginner with networking. It's taken me 3 hours to set up wifi on this Samsung photo frame. Steps needed:
madness. could your granny do that?

So, if they just used Qt out of the box, presumably for networking as well as the UI (which looks OK apart from the crazy fonts, but that's probably not Qt's fault). how come it was so hard? Couldn't they have put in an SSID editing field, along with the password field? Put in a button to renew DHCP lease?

On paper, this story wouldn't have been particularly up my street; ( Collapse )

Somehow this book is absolutely in the right place for my state of mind. ( Collapse )

This audiobook has a number of rather powerful advantages. ( Collapse ) 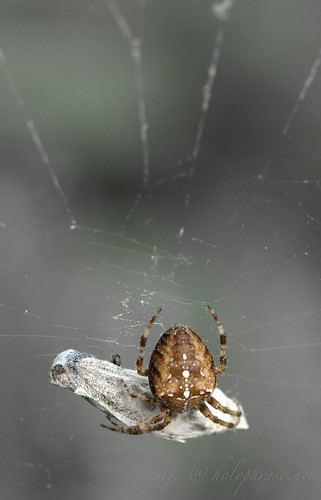 Quite high on the nightmare inducing feats of nature this one, being kidnapped when wrapped in sleep, and dragged into your predator's lair. I'm definitely more keen on taking pics of nature when I manage to find things as exciting as this, and finding them in my own garden makes them that much more remarkable! There are a few other spider pics on Flickr, not for the spider squeamish... 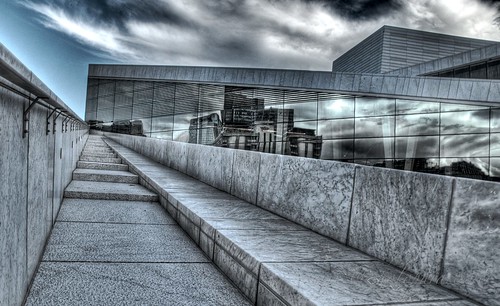 Goodness me, I'm very behind on posting my Flickr pics to LJ! This was from, er, last August... but better late than never. I was out there working for the week, and had an evening free to take a few pics. I was quite pleased with this one as I managed to recreate an effect that I'd seen other people achieving, and at first had wondered how on earth it was done. Anyway it was a lot of fun taking and processing the pictures, it's amazing how inspiring it is to visit a new place compared to somewhere that is familiar.

Enthused by glowing reviews, we went to the newly renovated Whitechapel. The gallery is now an uncoordinated shamble of dislocated rooms, with confusing signs and a spasmodic lack of flow. The rooms are numbered using a separate numbering scheme from the exhibition rooms. The helpful plan shows separate floors with staircases, however it's entirely unclear which staircase connects to which. The result of all this is that you tend to come into rooms in the wrong direction, and hence don't see the information about the pointless garbage exhibits until after you've left the room.

Having said all that, the woven version of the Picasso painting that normally hangs outside the Security Council Chamber was very impressive and moving, and there was a Bridget Riley and a Graham Sutherland in the permanent collection which was some consolation.

After the disaster of the Whitechapel we were keen to find something entertaining, so we walked down through the city, over tower bridge and then found the Design Museum sitting overlooking the river. After a spot of lunch we wandered through the Hussein Chalayan exhibition, which was a mixture of clothes design and installation art. The best items were very futuristic designs, sometimes paired with conceptual video pieces or music. One item was a dress that included dozens of lasers, which were layered throughout the design (although only seemed to work in a darkened room such that you couldn't really see the dress!). Overall the feel of the outfits was reminiscent of some of the designs in Star Wars episode 1 and 2, or perhaps the outfits in the Aeon Flux movie.

Then we went to the main exhibition, which included dozens of interesting exhibits detailing items, articles, buildings, vehicles, furniture, games and other things that were explars of modern design. It was actually much more interesting than I thought it would be, with clear and well designed displays providing just enough background to give a feel for the ingenuity and rationale behind the products. After a coffee, we spent our cash on some fun and interesting items from the shop, so we came home with a couple of well stocked swag bags. Definitely recommended for an afternoon out!

On the way back to the train we stopped off at the Wellcome Trust building on Euston Road, which had a couple of exhibitions generally themed around mental illness. The first was a general collection of information and exhibits from some institutions around Vienna, including some implements. The best item was an a small wooden cage surrounded by wires, which generates an electric field through the patient's body, supposedly helping with manic patients. Would have looked at home in a Marilyn Manson video.

Then on to an exhibition of Bobbie Baker's sketchbooks, she did one painting a day during her care during her mental illness. They were very honest and funny and sometimes chilling illustrations of her conflict and state of mind, particularly when she started to imagine that the healthcare professionals were working together to uncover her secrets, including imagining that there was a monitoring room with video screens under the stairs. Unfortunately it closed when we were only half way round, so we have to go back to finish off the story! 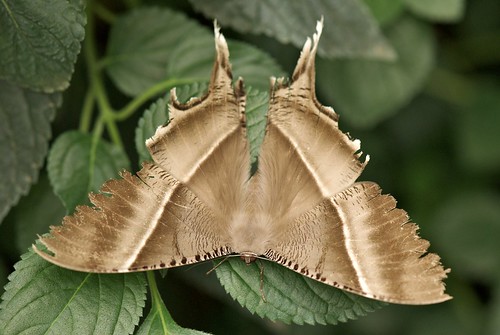 I seem to have forgotten to post this set to LJ! Ah well, better late than never. After going to the Natural History Museum in the dark distance of last summer, we also went to the Butterfly exhibition which was in a large plastic tent outside the museum, which meant that there was a soft diffuse light in which to see the thousands of species of butterflies that they had there. It was a bit cramped but there was a real sense of wonderment and enjoyment in the punters.

Also for me it was a chance to play with a new macro lens, and it turned out that despite the semi-transparent ceiling, it was about the darkest day of the summer, so having the vibration reduction really helped in the low light levels! Click on through to Flickr where there are more moths and butterflies in the set.

This is an interesting mash-up of data from last.fm shown as a data visualisation with some kind of popularity determining size and links by "similarity". Genre colouring has possibly been done by hand given that heavy metal is dark grey ;)

There's a view where you can search for bands or people of interest here, and another view where you can zoom in to find your favourite band on its own little continent here (requires some plugin, and it's more cool if you view it on the SeaDragon iPhone app).

I was amused to find neofolk having auto-clustered into a little island off the north-west coast of the goth sub-continent. 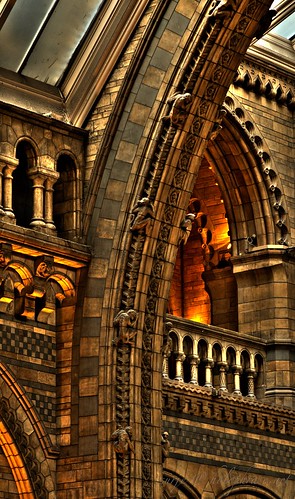 Went for a trip to the NHM recently, and was rather impressed with the architecture of the place. Which was a good thing really, considering how little else there was to look at once you'd seen the large dinosaur in the lobby. Basically they seem to have dumbed down and risk mitigated the contents for the unwashed unpaying masses to an extent that it's a rather shallow experience. Shame as it's now a lovely building with little purpose.

The best detail by far are all the little monkeys that run up the arches. Well you could consider it to be a small number of monkeys represented as a sequence of animation frames. Some of them have dust building up on their heads though, which reduces the illusion of movement slightly!

More over on flickr, including some of the big dinosaur. See if you can spot the wires :P 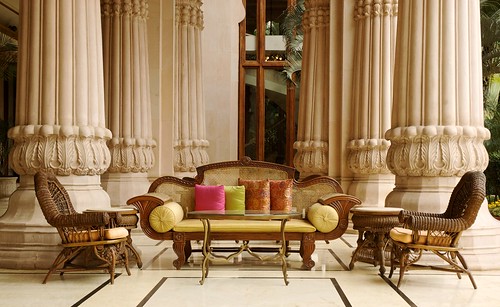 Recently went on a business trip to India, my first time to Asia. I was a bit nervous having heard lots of horror stories, but it transpired that I was therefore prepared for all eventualities, and had an amazing experience. The hotel was rather luxurious by any standards, and you would hope so for £200 a night. It seems to have previously been a palace, which is believable given that it took me two minutes to walk from the elevator to my room. Every room, corner, corridor, rest room, restaurant, bar, was exquisitely decorated and presented (in fact there were several workers who could be seen each day wandering around with paint in one hand and plaster in the other to smooth over any cracks).

Also there were luscious gardens with enormous palms, and artificial waterfalls that you could sit next to at breakfast. In the evening, the uplighters on the trees picked out the bats that were flitting between the trees.

Getting your personal driver to collect you from the hotel was entertaining. You have to remember your car's registration number, which you tell to the Mustafa (who has very impressive mouse ladders aka side burns) who then barks out the number over a tannoy. At this point your driver is allowed to drive round from the carpark to the driveway circling a fountain, whist you are offered a comfortable seat with silk cushions for a momentary wait. Eventually one of the five be-gloved door openers leaps over to open the door of your car at which point you are rushed headlong into the Bangalore traffic.

There then follows an hour of start-stop driving, incessant beeping, trucks, cars, bikes, motorbikes, lorries, all inventing their own lanes independently of the lines, families on one little motorbike with the scarves and ipod cables dangling precariously near to the wheels (apparently strangulation is common cause of death). Braving the pavements isn't much of an improvement in safety with uneven pavements, rubbish strewn areas, filthy beggars with clear mental health problems who seem to sweep the dust off the road with a hand brush presumably for no real wage, and the occasional herd of cows tied to a tree.

Quite a colourful and remarkable place to take in all at once! Would be fantastic to be able to explore more conventional tourist areas. M'colleague has promised next time to take me for a guided tour which would be fantastic if I get the chance to stay over a weekend!